Captured salmon in Lervik, and on the lower bank. 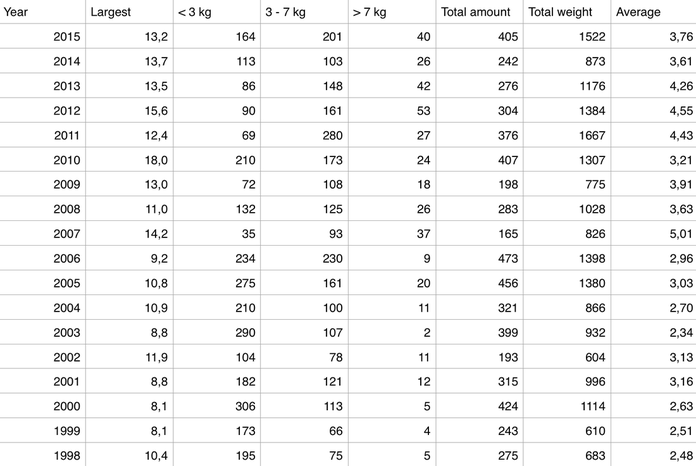 In a normal season we are counting on catching about 300 salmon with a total weight of 1000 KG. The catch will vary each year, and is affected by many outer factors. Recently, the trend has shown a large amount of big salmons.
The biggest salmon ever captured on Lervik farm was 24,9 kg, It was catched 4th of June 1961.

A Fish counter with video surveillance was placed in the salmon ladders in Osfossen for the first time in 2005. All fish going up the water course, must pass through the salmon stairs and the counter. In that way we have established an overview of how much, how big, and what type of fish that picks up the water course. The calculations from the counter is used to manage and avoid overexploitation of the salmon species. Statistics for 2015 will be uploaded in spring 2016.